This proposal is to add a new veBAL gauge for the TEMPLE/bb-a-USD 50/50 weighted pool and deprecate the current TEMPLE/DAI 80/20 weighted pool on Ethereum.

TEMPLE is a low-volatility token with a focus on price stability and Treasury farming to increase stable backing per token. Our protocol is one of the largest liquidity providers in the Balancer Boosted Aave USD pool with $25-$40M in TVL over the past 30 days. Recently we launched the Temple Ascend Festival, which utilized Balancer v2 LBP technology to implement a token buyback program to return value to holders. The event was a success and resulted in over 51mm TEMPLE tokens purchased and generated high transaction volume for our TEMPLE/DAI 80/20 weighted pool by the utilization of Balancer routing from arbitrage bots.

This proposal aims to add a veBAL gauge for the new TEMPLE/bb-a-USD 50/50 weighted pool. Initially, TempleDAO had seeded a weighted LP pool TEMPLE/DAI 80/20 chosen for its high farming efficiency and low risk of impermanent loss. It was also convenient to seed our LBP pools with DAI as opposed to FRAX so we could get correct pricing.

To closer align our Protocol with the new BAL gauge framework introduced in BIP-57, we would like to switch our primary LP pool to Balancer’s preferred stablecoin bb-a-USD to pair against TEMPLE in a 50/50 pool to facilitate deep liquidity and seamless routing. Platform BAL incentives would incentivize TEMPLE liquidity as weekly trading transaction volume on the Temple custom Uni v2 AMM has ranged between $3M to $7M for the past 30 days. The TEMPLE-FRAX gauge on Frax Finance currently has over $20M in total value locked (TVL) and we have provided close to $1M USD value in FRAX and FXS in bribe incentives to drive liquidity into our FRAX gauge.

Similarly our existing 80/20 TEMPLE/DAI LP which has $9.6M in TVL has generated between 1.3 - 2.0% in fees APY for the past 60 days. We have also provided over $300K of incentives to veBAL and vlAURA holders for the TEMPLE/DAI gauge on the Hidden Hand platform. Should this BIP proposal be approved, these incentive programs will be continued on the new Temple gauge.

A new bb-a-USD trading pair would bring significant TEMPLE trading volume to the Balancer platform and indirectly drive more liquidity to bb-a-USD through our incentives program. TempleDAO plans to be active participants in Balancer governance as not only are we big fans of the technology, but also share a common vision of reducing price volatility, deep liquidity, and customizable asset exposure. A bb-a-USD pool would also make it easier to buy TEMPLE tokens with other stablecoins besides FRAX.

TempleDAO current team has been almost entirely sourced from the community contributors. We started with a top-down nomination system for promotion and are currently in the early stages of implementing a Discord-integrated election system for promoting and demoting team members which will eventually lead to more decentralization.

TempleDAO does not rely on any external oracles. The intrinsic value backing per token used for price floor defense is coded into the contract: 0xae8a796bd9437Bd266664e8e9B8428B25A7D2477. Our custom Uni v2 AMM has handled over $300M in transaction volume since launch without any issues.

TempleDAO contracts have been fully audited by Peckshield. We also have a generous and on-going bug bounty system at hats.finance funded with $400K USD in $TEMPLE rewards.

The token is not upgradeable nor pausable;
The owner has limited minting capabilities and cannot blacklist the contract;
The team behind the token have shown that they have never abused nor committed any actions that would affect the integrity of the builders behind TempleDAO.

TEMPLE initiated its token presale in October of 2021 and public trading began on its own custom AMM on December 19, 2021. It currently has strategic partnerships with major protocols like Convex, Yearn, Aura, Frax, and Balancer.

The TempleDAO Team has been a major adopter of Balancer technology. Our protocol has generated significant volume on the Balancer platform through our LBP buyback program which is an integral part of our Protocol mechanics. TempleDAO has also been a significant bribe provider for veBAL holders by incentivizing emissions through Redacted Cartel’s Hidden Hand platform to help accelerate and deepen our liquidity pool. Should the 50/50 TEMPLE/bb-a-USD pool become whitelisted for BAL rewards, our bribe incentives program would continue to promote trading, bribing, LP farming activity on Balancer, and in particular bb-a-USD liquidity paired against TEMPLE. 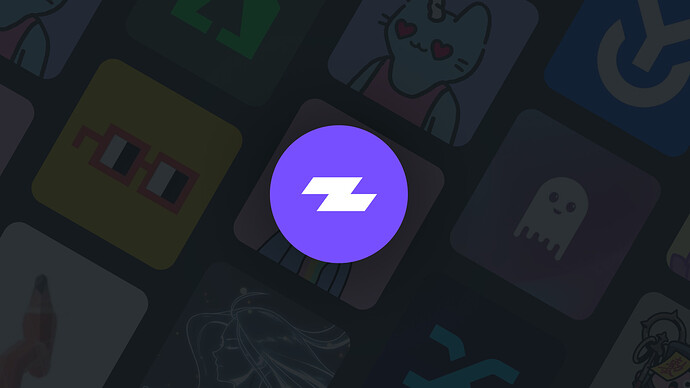 Zapper - Your Home to Web3

Included in this proposal is the removal of the TEMPLE/DAI 80/20 gauge.

I’ll note that this proposal includes the removal of TEMPLE/DAI gauge which I greatly appreciate. Generally there’s no good reason a project should need two gauges in my opinion.

I can say Temple was not happy about living under the 2% cap but I respect their patience and understanding. Needless to say I’m very excited about this new uncapped gauge and I wish Temple all the best going forward.

Could you please explain why the Balancer Governance should approve an uncapped gauge instead of a cap at 10% similar to BADGER<>rETH?

Unless there are clear benefits that I’m missing, an uncapped gauge would show an arbitrary decision making process which, by definition, would be unfair towards other applicants.

As the case of BADGER, potentially blackhole gauges should be avoided (cit.).

A comparison between the two (BADGER<>rETH and TEMPLE<>bb-a-usd) would be much appreciated.

Could you please explain under what grounds you are proposing to approve an uncapped gauge creating a dangerous precedent? and don’t you think Balancer should remain agnostic and apply the same rules for everyone? How would you explain this proposal to the BadgerDAO folks? Or you believe that certain DAOs can receive better treatments than others (

This proposal would receive a no vote as we stand I’m afraid.

If Temple wants to take a voluntary 10% cap that’s all fine with me. The mechanics here make it unlikely Humpy would choose to blackhole this gauge in my view, where as we know he’d blackhole any uncapped Badger gauge and we know TVL in Badger LP’s cannot scale at high emission levels. With the yield bearing component of bbaUSD and that Temple is not the same kind of token as Badger it’s more likely Temple TVL could scale at high emission levels and TVL = revenue because of bbaUSD yield. Granted this is a theory until Humpy decides to test it.

If you believe this is some imagined case of bias that’s your business, as is how you/humpy want to vote. BadgerDAO agreed to take a 10% cap - they could have just as easily chosen to move forward with an uncapped gauge. Anyone is free to propose anything and have it voted on as you are acutely aware.

Yes I also think this would be the best solution. A10% cap would show consistency with previous votes and prevent double standards optics while showing impartiality.

I would be in favour of such proposal.

While I would also support an uncapped gauge, I do agree that a 10% cap would make sense for consistency’s sake.
If the current percentages Temple manages to claim are any indication a 10% cap should be fine. If Temple ever grows their influence enough that a 10% cap would be limiting we can always vote to remove it further down the road.

@Andrea81 Thank you for your invaluable feedback. While we believe that the BADGER<>rETH gauge is not strictly comparable to the proposed TEMPLE<>bb-a-USD pairing, we would be glad to follow BadgerDAO’s precedent in submitting to a 10% cap at the outset. We do so in the spirit of consistency and desire to help unify the veBAL community.

@solarcurve The Temple team agrees to the initial 10% cap for the TEMPLE<>bb-a-USD gauge proposal. Any further changes or modifications would be voted on later if necessary.

Thank you all for your thoughtful participation on this topic!

I second the recommendation. @Andrea81 & @solarcurve i think we should move this to snapshot baring no further recommendations or amendments

I would have made these suggestions on the TG group chat for faster coordination but apparently, after my comment, “someone” removed me from the group.

Please feel free to reach out directly if in need.