I want to be clear this is only a discussion about whether the community favors killing the CREAM/WETH gauge. I am not proposing this as a course of action at this time.

Since June 2nd, the CREAM/WETH pool has earned ~$1.55M worth of BAL emissions. (source)

During this time period the pool has earned ~$23k in LP revenue, of which Balancer collected half of that or ~$11.5k. (source)

This represents a significant mis-allocation of BAL emissions to the benefit of the person(s) behind this. As long as this dynamic persists it will be a significant roadblock to Balancer reaching long term sustainability.

However, governance did legitimately approve this gauge back on May 24th. The actor(s) did presumably market buy & lock veBAL expecting to vote for this approved gauge.

The community must carefully consider both sides of this issue. I’d love to hear from everyone about whether they believe pursuing an action to kill the CREAM gauge is appropriate or not.

I would be in favor of this.

Ultimately, the governance’s north star is the greater interest of the protocol as a whole.
It is within the power of governance to add/remove gauges.
The gauge in question has been gamified by one voter and this outsized emission is proving counterproductive to the protocol’s growth.

Separately, this event should encourage governance to be more diligent in adding new guages too.

Side note: I’m a huge fan of having discussion topics on the forum as a lead up to proposals. Thank you

Although I also think that the emission of the CREAM/WETH Gauge is harmful to the protocol as a whole, I am also very hesitant to kill it through governance. It violates the rules of procedural justice. If this situation continues to occur next time, are we still going to kill another gauge?

Can we limit the occurrence of this situation in a general way, such as the veBAL Gauge, which limits the maximum voting share of a single Gauge to 10%. I’m not sure if this technical implementation is complicated?

Of course, if we don’t have any other better way to deal with the current situation of CREAM/WETH Gauge, I would agree to Kill it.

This is a tough one. I have to admit, I don’t like how certain entities take our veBAL system hostage. To be fair, they are playing the game by the rules though. I guess we should wait a couple of weeks to see how the ecosystem stabilizes with the newly established layers built on top (Aura, graviAura etc).

@Xeonus’s comments are in line with how I generally feel on this topic as well. Any systems that come to mind (@khbw thought above) seems like it could be conveyed as overly restrictive and not very permissionless.

I think we can all agree that by directing emissions towards a less than ideal pool impacts veBAL holders negatively in the long run. I think the whale that is voting for CREAM and Badger before could actually earn more in the long run if they directed at least some emissions towards more meaningful pools. The protocol being able to generate more revenue on the whole is arguably better for the BAL price and therefore a bag of BAL rather than continuously farming BAL from non-revenue generating pools making the overall protocol less attractive

I disagree with this proposal, because I think it will only continue to occur until we have an efficient market of veBAL participants and we don’t want to scare potential users away.

I assumed most of the votes for this (and previously the Badger/BTC gauge) are coming from services like Hidden Hand where they are bribing veBAL stakers for votes. As more veBAL stakers become aware of these services the reward will diminish and there will be less dominant gauges over time.

If we want to give more emissions to pools that have higher usage rather than just most votes we should change the algorithm to do so rather than playing a game of whack a mole with services that exploit the current design. I recently learnt this was one of the concerns that went into the design of Solidly on the Fantom network.

only 145k BAL is emitted weekly. Gauge of Cream is 52% only this week.

Vebal locked through Aura, is going to halve Cream allocation, and continue diluting through time and market forces.

Nothing was gamed. We took risks and invested heavily in Balancer tokens and are down $11 million.

Emissions of BAL is done according to VeBal tokenomics, no mis-allocation

good catch. that was emissions in $ terms, I mis-read it. updated the OP to reflect the accurate numbers.

While this particular pool (and the badger one before it) appeared to be entry point is there something that would prevent this type of activity from taking place on any one of the other already active gauges on micro or small cap tokens?

Ie. If balancer did the theoretical “kill this gauge” is there anything that prevents the actor from just moving to the next micro/small cap pool that already has an active gauge and repeating the process?

I guess a first possible mitigation to situations such as this is to limit the maximum relative voting size of a single gauge.

We saw a similar mechanism being used by Convex as well, where only 5, 10 or 25% of the votes could go to a single gauge. Balancer could implement a similar policy.

Not really in favour of killing the gauge, much more in favour of capping total emissions one gauge can receive. However, at a protocol level this should not be indefinite

I think it’s better to wait a couple more weeks until the veBAL system stabilizes. I’m happy we’re brining this up for debate, but as it stands I would be against.

we built a system to avoid human intervention and let the Market decide how to allocate distribution. This would go against the same principles we want to promote.

This convo came up prior to AURAs first voting round shaking things up a bit in what seems to be a positive way. I think it is a bad look for kill a gauge this way even if it is bad for Balancer’s emission efficiency.

I am all for an emissions cap per pool and potentially a performance based increase on that cap if a pool is generating significant revenue for the protocol. If this is technically feasible after a 1 month or 1 quarter average.

Personally, I think we are looking at this the wrong way by highlighting income from trading fees.

Balancer has a responsibility to do what is best for its users and to protect the protocol. Cream has millions in bad debt due to an exploit and is simply using Balancer as exit liquidity without providing value to its users.

Risk Dao numbers show that CREAM is actually $12M in debt and the users have no incentive to pay them back at any point. The CREAM token price itself shouldn’t be directly affected, but it will eventually fall to zero. This is not the type of protocol that Balancer should want to have a gauge and is a perfect example of a protocol that should be removed.

At this point, Balancer is being used as exit liquidity for vesting CREAM tokens. I’d recommend pulling the gauge to reduce Balancer exposure to an underwater project, protect BAL users from a bad investment, and set a higher standard for gauges in general.

I think it makes sense, CREAM itself is a questionable asset, and from the standpoint of protecting users, kill guage is reasonable.

Well said, everyone. This pool and its gauge were accomplished by the rules of the game. I’m in favor of maintaining the gauge for the reasons stated. That being said, this is a great topic in general because this highly inefficient pool warrants further monitoring. It would be helpful to see more cooperation from this depositor when it comes to other protocols collaborating with Balancer who are also seeking to enter the gauges.

“Killing” the pool would be an ad personam measure which could also entail liability on Balancer.
What is happening probably reveals a flaw in the initial design of the veBAL mechanism. I would suggest, in the direction of what has been proposed by @solarcurve, to strenghten the allocation to the most important pools, without making a move which goes against a different community. Cream is totally playing in accordance to the rules.

P.S. using the word “killing” in times of war is not particularly elegant and may be seen as aggressive. It’s not Cream’s fault. It would be nice if people that proposed the veBAL mechanism would take responsability for the mistakes which has been made in the initial design.

goes against a different community. Cream is totally playing in accordance to the rules.

cream community is not even involved here. it’s a large holder of cream tokens who is exploiting the veBAL system to fill their pockets.

the point isnt whether rules of the game were broken or followed. the point is if the rules in the current form are serving the DAO or not. you don’t create a DAO policy expecting it to work perfectly with a lifetime commitment. you have to learn when shit goes wrong and fix things.

the DAO is getting screwed right now, of course it should solve that problem, not sit on its hands and say “they’re playing by the rules.” WE MAKE THE RULES. that’s what governance is.

I tend to agree. Iteration and flexibility are expected and encouraged. That’s why I said this.

That being said, this is a great topic in general because this highly inefficient pool warrants further monitoring.

I can’t adopt this sentiment. Too many bad awful examples of poor DAO “governance” that have taken this approach. “Majority” doesn’t mean “right” - sort of like saying “might” doesn’t = “right”

WE MAKE THE RULES. that’s what governance is. 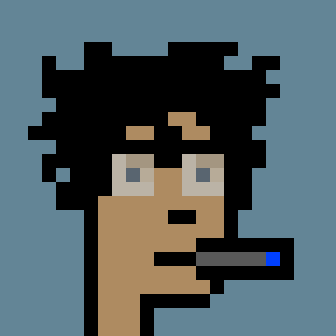 @ThePeoplesDegen
@el33th4xor Emin - it's EVEN worse. - The 'DAO' was spun up less than 24-hours ago - 98% of the yes votes came from 1 unidentified whale wallet - They gave their users LESS than 6-hours to vote - The voting site was DOWN for 3-hours of the vote 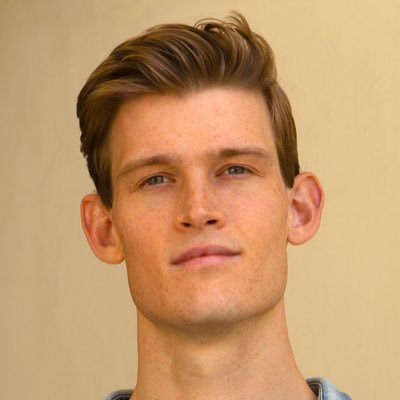 Tim Connors is in NYC